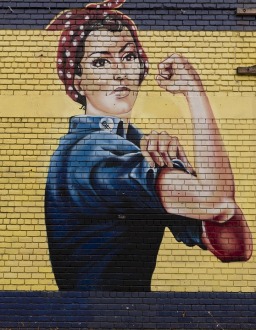 Feminism has conditioned most women, even many Christian ones, to rebuff the following biblical laws.

“Wives, submit yourselves unto your own husbands, as unto the Lord.” Ephesians 5: 22

To masquerade their unbecoming behavior, these women usually use the following nonsensical statements about their husbands – with our rebuttal.

A woman can help her husband, advise him, encourage him, build him up when he’s down, etc., but in the end final decisions are up to him. God is the one who put him in charge, and therefore he’ll have to answer to Him.

When a woman takes upon herself the man’s responsibilities, she takes upon herself duties that were not assigned to her, and sooner or later the result will be a frustrated wife who’ll end up disrespecting, even despising her husband.

In addition, most women prefer to nag and nag until they get what they want, not unlike female characters in many movies who insolently mouth off at their husbands or at their fathers. Such a devastating sinful trait will drive a family to ruin, just like Eve drove her family out of the Garden.

“It is better to live in a corner of the housetop than in a house shared with a quarrelsome wife.” Proverbs 21:9

“It is better to live in a desert land than with a quarrelsome and fretful woman.” Proverbs 21:19

“A continual dripping on a rainy day and a quarrelsome wife are alike; to restrain her is to restrain the wind or to grasp oil in one’s right hand.” Proverbs 27: 15-16

Women like these grind down a man’s self-esteem. They are the reason many run away from their wives and into the arms of those who indulge and respect their God-appointed position.

“Your adornment must not be merely external– braiding the hair, and wearing gold jewelry, or putting on dresses; but let it be the hidden person of the heart, with the imperishable quality of a gentle and quiet spirit, which is precious in the sight of God. ” 1 Peter 3: 3,4

Wives who reject such biblical disposition and embrace feminism end up being these nagging and manipulative creatures that drive their husbands crazy or angry.

Many of these men bottle up their anger until one day they explode and divorce their wives. Some morph into these feeble, castrated individuals who are trapped and cannot move forward, while others are in a permanent state of resentment as they continually butt heads with their wives.