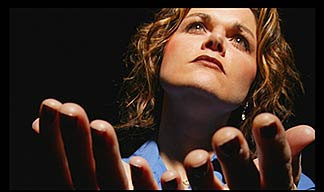 The enemies of God love to say 1) that those who exercise spiritual faith are only using it as a crutch, instead of applying logic and reason; 2) that faith has not revealed us anything about the universe; and 3) that religion is the bane of human existence.

1.  Actually, those who abuse the “crutch” argument are in fact using it as their own crutch in order to defend their lack of faith, which deep down causes their foolishness to echo in their spirit.

Logic (or wisdom) and reason (or understanding/common sense) were given to us by God. So their argument is silly, to say the least.

“Come now, and let us reason together, saith the LORD.” Isaiah 1:18

“For the LORD gives wisdom.” Proverbs 2:6

In addition, the supporters of the “faith-as-crutch” fallacy love to point to science as faith’s Achilles’s heel; but what they always fail to reveal is that many world-renowned scientists, when at a crossroads, unequivocally acknowledge the existence of God using simple deductive reasoning.

“People take it for granted that the physical world is both ordered and intelligible. The underlying order in nature – the laws of physics – are simply accepted as given, as brute facts. Nobody asks where they came from; at least they do not do so in polite company.

“However, even the most atheistic scientist accepts as an act of faith that the universe is not absurd, that there is a rational basis to physical existence manifested as law-like order in nature that is at least partly comprehensible to us. So science can proceed only if the scientist adopts an essentially theological worldview.”

2.  How can faith not reveal us anything about the Universe, when faith tells us that God is the Maker of heaven and earth (Psalm 115:15), or the Universe as they are called.

Further, the birth, death, and resurrection of Jesus the Messiah and the Advent of the Holy Spirit drastically changed the world. From that point in history nothing has been the same.

The Holy Spirit of Christ has been inspiring the world forward through dazzling innovations and technological achievements, not to mention the fact that the backward and hateful thinking of pagan cultures has been wiped out by Christian mores.

Where were all these achievements before Christ? Nowhere. The civilization we’re living in is known as Christian Western Civilization, which has impacted the entire globe.

3. Religion, as some interpret and use it, may be baneful. However, a personal relationship with God through Christ Jesus is not. It’s the salvation and redemption of man’s soul.

Religion is man-made with earthly rules and agendas. A relationship with Christ is not. They are two different concepts.

Besides, imagine a world without Christian love and compassion. That would be the bane of human existence. Many throughout history have given us a glimpse of that reality.

From Mao Zedong to Meginstu Haile Mariam, from Kim Il Su to Pol Pot, from Hideki Tojo to Stalin, these Atheists killed over 110 million people – not to mention antiquity rulers like Pharaoh and Caesar who actually thought themselves gods and annihilated multitudes.

No true Christian who follows the teachings of Christ would ever harm anyone. If lawbreakers, murderers, and mass murderers – politicians or not – pay lip service to the Lord, it’s just to mask who they really are: Atheists pretending to be Christians.